Despite persistent and worrisome headlines dominating the news flow all year, US Stocks enter the 4th quarter with their biggest YTD gains in more than two decades.  In this quarter’s update, the article “September Crazy” discusses why the current bull market – which began 127 months ago and is now the longest in US history – could still advance further due to fundamentals and an anything-but-euphoric sentiment.  “Big Fat Yields” (or the lack-thereof) shares several implications of low interest rates, the message from the yield curve, and the Fed’s likelihood to pursue additional cuts.  The above themed titles taken together might also be a reason why the market leadership shifted abruptly in September; will we see the rotation wherein “Losers Win; Winners Lose” continue into the 4Q?

The newsletter also contains two brief Personal Finance themed notes: “Doing Diligence” and “Transitioning from a ‘Saver’ to a ‘Spender’ in Retirement” are related, but speak to the importance of discipline (be it with saving, investing, etc) as well as the emotional hurdles we observe for many individuals either at the doorsteps or in the early innings of retirement.  These articles can be found posted separately.

September began with widespread fear of recession before quickly evolving to the next perceived threat – Iran/Saudi Oil; and the month ended with impeachment talk dominating the headlines.  [At this writing in early October, soft economic conditions are again weighing on the markets.]  Oh, don’t forget the continuing “new cold war” saga of Chinese trade, and Brexit.  Yet, through it all, through all the noisy news, the S&P500 concluded the month of September and quarter higher than where it started (+1.9% and +1.7%, respectively).  At September 30, the US stock market rested just -1.6% below its July 26 all-time high.  Either the market is ignorant (crazy) or resilient in light of it all.  It’s probably a bit of both – crazy and resilient as it heads into the last quarter of 2019 and this decade; 4th quarter is often the best of the year (we’re not anticipating a 4Q2018 repeat).

Stocks enter the 4Q with their biggest YTD gains in more than two decades.  It’s also difficult to believe this Bull market started 127 months ago (more than 10 years) on 3/9/2009, and it could advance further before peaking.  Both the stock market and US economic expansion are the longest running in US history.  So how can one make that statement, “it could advance further before peaking?”  It is good to review or keep watch various key fundamentals.  First, economic growth is slowing but will likely muddle-through; it is neither slowing too much nor growing at its historical 3% pace.  Tariffs are affecting business plans and will continue to sap economic growth prospects if unresolved.  The US economic growth outlook provides the backdrop for the future stock market path.  A slowdown in the economy would be a bigger threat to the US President’s re-election than impeachment.

Second, speculation/euphoria (sentiment) is not excessive.  Only 37% of the investing public expects the market to advance.  No one believes in this Bull run; it was/is only a rally.  Even net inflows of money into stock funds and ETFs are negative over the past decade; with money moving instead into low yielding bonds.  This entire Bull market is, as written about before, the most unloved advance.  Recall, when speculation and euphoria are high (Greenspan’s “irrational exuberance”) the market top is near.  It would be a difficult argument to suggest that euphoria exists today in the public markets.  Stocks are not cheap; valuations are not stretched either.  Third, interest rates are low and declining again; credit spreads are tight and falling.  Often at stock market tops, interest rates are rising and credit spreads are widening (meaning risk of default is rising).  High interest rates kill economic growth and subsequently the stock market (because earnings will decline).  If the slowing in the US economy is not over, then the cuts to interest rates by the Fed are not over either.  Fourth, there is no evidence with new issues (of stock) to suggest a “new era” thinking is occurring.  In the 1990s, the new issuance of tech was fast and furious, which included high valuations.  There are not all sorts of new issues coming today at ridiculous pricing, from a hot sector.

Did you know?  The year-over-year percent change in US mortgage rates is down roughly -22%.  Sharp declines in mortgage rates are boosting home building stocks, and also stimulative to the overall economy and stock market.  A lot of businesses experience a boost in sales/profits when housing starts are rising.

The above “keys” present a “contrarian” perspective (not consensus thinking) about the usual experience at stock market tops.  Expect in the near-term that the market will (over) react to economic data, while upcoming company earnings news should “steady the boat.”  Or stated differently, between now (economic data) and then (China trade deal) is a slowing economic expansion that worries investors.  They/we should carefully monitor the investment landscape to see if policy mistakes exasperate business, consumer and investor confidence.  The existence of various “contrarian” keys should allow one to believe this Bull market could advance further before peaking.  Maybe that’s why the stock market appears September crazy and resilient.

Here we go again.  Interest rates are on the decline following 7 consecutive rate increases that started mid-2017 and ended early 2019.  The Fed cut interest rates 2 times this year because lingering tariff discussions with China are hindering global and US economic growth.  Trade talks are scheduled to resume in October after breaking down in August.  The Fed still has time to get it right.  Recall, the US Treasury yield curve was inverted in August, with short rates higher than longer rates.  That always signals a policy mistake that if not resolved, results in an economic contraction (and bad news for the stock market).

So far, the strength of the US consumer (comprises 70% of the US economy) is containing recession concerns while manufacturing is weak via tariffs.  The Fed should cut rates further; inflation is not rising because wages usually rise when unemployment is at (historical) lows.  The key takeaway – global economic and market sentiment remains guarded/weak; and 16 central banks recently eased monetary policy and likely will do more to boost  slow economic growth.

Back to declining low interest rates… the 10-year US Treasury is presently yielding around 1.675% (highest yield for developed country bonds).  That rate is lower from the end of 2Q when it was 2%, and -1% lower than at last year-end.  Savers do not like low interest rates as income is reduced and all asset returns are muted.  When rates are low, many savers/investors attempt to stretch for yield via owning longer maturities, lower quality, and/or owning more stock-like bonds.  The prospect for lower yields is occurring again.  With yields this low, 2% represents the “Big Fat Yield” that is inadequate for savers.  Despite low yields, bonds should be used to provide risk-reducing diversification benefits in portfolios.  But bonds are expensive because yields are low and money flows into them is large.  Be careful investing in bond world.

PS:  Bond yields this low do not choke economic growth; but a byproduct is that it allows high-debt companies to “live” longer than normal; and risk taking occurs when/where it should not.  Investors must be careful reaching for yield.

Since Labor Day, the stock market turned on a dime; a sharp leadership rotation occurred.  Nearly every year the stock market undergoes a leadership rotation.  Losers win, and YTD winners lose.  The durability of the new leadership rotation is uncertain, in doubt as former “winners” pause but often reassert their leadership profile.  Looking at the FAANG stocks – high flying growth stocks that advanced the overall market in 2019, including since the start of the current Bull market – are individually and collectively very expensive.  Other areas of the stock market are “inexpensive” on a comparative and actual basis.  In fact, the valuation differences are/were abnormally wide.  In September, value outperformed growth, and small outperformed large.  Whether “youth” continues to mature is unknown.  Will the “losers win; winners lose” rotation continue; can they mature in age?  We invest client portfolios in both value and growth, large, mid, and small size stocks.  We diversify exposures by style and size for this exact reason – one cannot time when the rotation occurs or for how long.  We periodically adjust the tactical exposure to value/growth or large/mid/small, even domestic/foreign because of widening valuation differences.  Today, valuation differences are wide in many asset class areas.  Leadership can change from month, to season; but we are particularly interested to observe if the recent rotation toward value might just be starting as the economic cycle matures.

The same is true with bonds.  At this juncture, our preference is for simple straight bonds; bond that act like bonds; not “go-anywhere” “own-anything” bonds.  Be keenly aware of the bonds owned.  Now is not the time to consume risk, stock-like risk, in bond allocations.  If policy mistakes were to occur, own bonds that will protect and not exasperate a portfolio drawdown.

In both the bond and stock allocations of client portfolios, we strive to manage risk via allocation to areas with attractive valuations.  We recognize many noise factors could create unwanted volatility in the short run.  Keep in mind, the current tactical mix is intentionally directed toward risk reduction by owning better valuation (value style) and less risky stock/bond funds, but still in-keeping with portfolio asset-mix objectives.  Careful means prudent – when investment objectives are established correctly, time in the market can be an investor’s best ally. 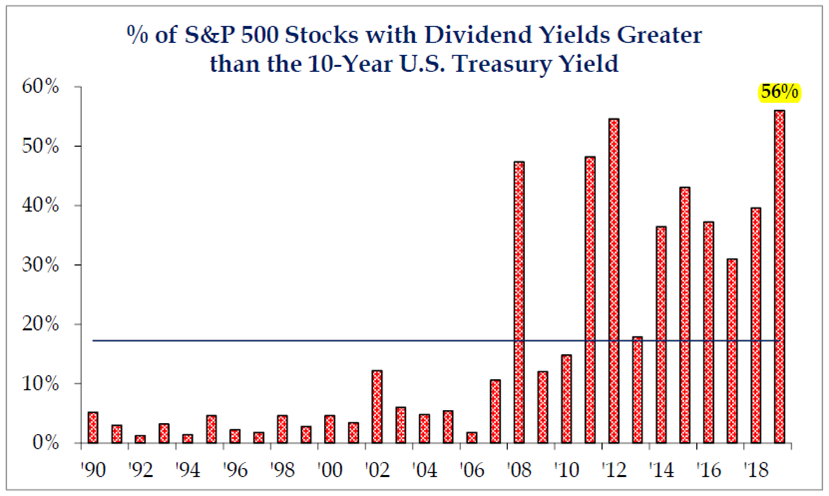